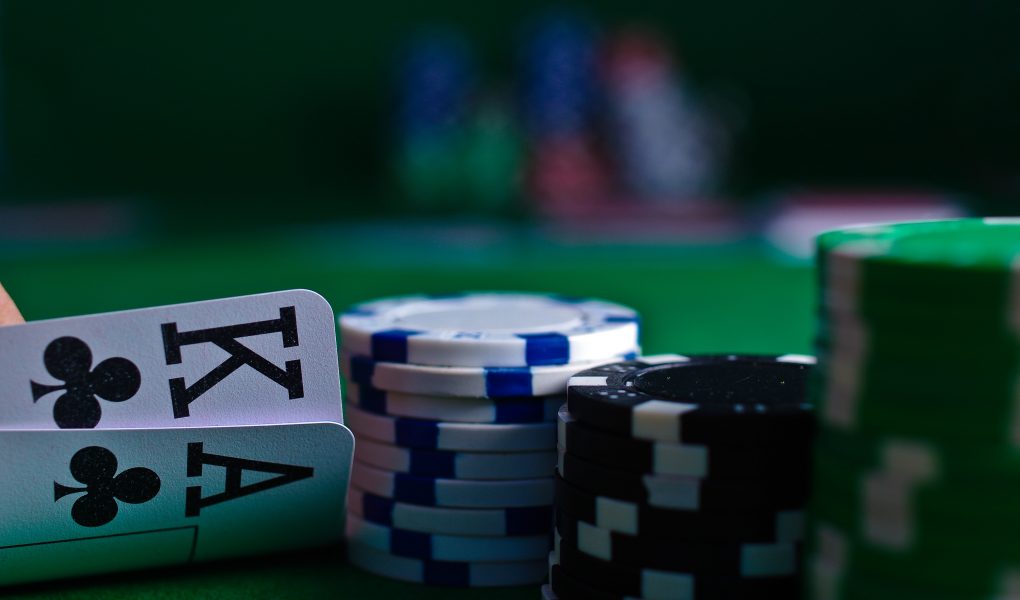 If you’re looking for easy-to-learn and fast-paced Texas Hold’em tips, you’re in luck! Today, Anonymous Casino summarizes 10 tips, including “tight aggressive play”, to make you a more confident and profitable Texas Hold’em player. This list won’t guarantee you a win every time — not even the strongest pros — but it will help you improve your skills quickly, whether you’re playing cash games, tournaments, bitcoin, offline or online Texas Hold’em. Let’s find out!

Even the best Texas Hold’em players in the world have a limited range of hands to enter the pot. If you play everything, you’ll lose your stack pretty quickly (unless Luck is on your side).

Developing a solid preflop strategy is by far the easiest and fastest way to improve your Texas Hold’em skills. However, while it is relatively easy to formulate a preflop hand range (such as the 9-max RFI preflop range suggested by the poker base), it is difficult to strictly adhere to. Don’t let yourself get impatient and get into the pot with hands that aren’t worth it.

RFI (Raise First In) refers to the first raise before the flop into the pot (all the previous players fold).

Pre-flop, when all players in front of you fold, you can raise 2.5 to 4 big blinds into the pot according to the range shown in the picture.

The best way to do this is to play a “tight” range of hands that you need to play aggressively and aggressively once in the pot. In addition to strong hands in the traditional sense, other speculative hands (suited connectors or small hand pairs, such as 7♠6♠ or 5♥5♣) need to be mixed appropriately so that opponents cannot be sure of your true hand strength. When you add to the pot, your opponent doesn’t know if you’re A-A, A-K, or 7-6, which makes it difficult to deal with. Win the game with “tight and aggressive” play!

Limping (limp, preflop flat-calling the big blind) is something that the first player who actively enters the pot must never do; the correct way is to either fold or raise into the pot.

You can’t win outright preflop, but if you raise it’s possible to close the pot outright.

You’re giving the late players very attractive odds, making you more likely to face multiple players, and your odds will be greatly reduced.

The only time a flat call is acceptable is if at least one other player has already flat called. At this point, you have the right odds to get into the pot, and it’s a good deal if you can win the pot.

If you want to be really proficient in Texas Hold’em, you need to bluff effectively. A failed bluff is one of the fastest ways to lose money at the poker table. So, how do you control how often you bluff?

The most effective way to bluff is to let your hand decide whether you want to bluff or not. After the flop, if your hand has the potential to improve, such as a straight draw, a flush draw, or even just one or two overcards, you can bet to bluff. That way, even if your bluff gets called, you still have a chance to overtake. This type of bluff is called a “semi-bluff” because it has more potential equity than a bluff. For novice players, it is not recommended to use an “air” hand as a pure bluff on the river.

There is a sad situation when a player hits the nuts flush on the flop, and checks three times in the hope that his opponent will bet, but the opponent also checks three times, and in the end, he can only show the nuts in embarrassment. same color. This is a common mistake that beginners make. They are afraid of scaring their opponents away with big cards, so they play slowly all the way, and eventually lose value.

You are less likely to be overtaken with hands like smallpox, straight, top sets.

The opponent’s hand range has a high probability of missing and has no showdown value. In this situation, opponents will rarely choose to call, and it is better to check with him and wait for him to hit some hands that can pay, or wait for him to bluff.

However, bet straight when you feel unsure, and check-raise when you’re not a preflop aggressor. While there are times when your opponent folds and doesn’t pay you will be disappointed, it’s better than being overtaken or missing out on a value bet and losing or losing value.

The big blind is a special position where you already have 1 big blind in the pot, so you have better odds than other players to call when faced with a raise. For example, in a game of size blind 10/20, the top player raises to 50, other players need to invest 50 to win the pot of 130 (the winning rate is higher than 38% to +EV), and the big blind player only needs to invest 30 Win this 110 pot (+EV if the win rate is higher than 27%).

Because of this “discount” plus you’re the last person to act before the flop, you can call with more hands than players in other positions. But that doesn’t include junk hands like 9♠4♦, but rather marginal hands like K♣9♦ and Q♥6♥.

Exactly how wide the defensive range depends on many factors – here are four main ones:

The number of players in the pot (when one or more players have called, tighten the defensive range, and only defend with hands that are suitable for multi-way pots).

The size of the raise (the bigger the bet, the tighter you should be, and vice versa).

Stack depth (when short stacks, tighten your range and play less speculative hands because even if you hit, you don’t have enough stacks for your opponent to pay, so the hidden odds aren’t enough).

There are other important factors, such as how often your opponent c-bets (C-bet) post-flop, etc., but the above four are the main ones you should consider.

Want to know the biggest difference between a fish player and a shark player? A good player will fold a good hand (such as top pair top kicker or overpair), and if he thinks his opponent has a bigger hand, he will fold, Timely stop loss, this is a kind of ability.

It sounds simple, but it’s hard to do in practice, in part because of the way our brains are constructed. We are naturally curious, we are born wanting to win. When we fold, we pass up the chance to win, and we can’t satisfy our curiosity to find out what the opponent has.

Calling frequently in the wrong situation is the second fastest way to lose chips (after ineffective bluffs). Whenever you are faced with a bet or a raise if you are not sure whether to call or fold, do something for yourself and fold. Recording such uncertain hands, reviewing the analysis, and discussing with others can quickly improve your skills.

7. Attack when your opponent shows weakness

Taking advantage of this, in heads-up pots, when your opponent shows weakness and checks both the flop and turn, you can choose to bluff aggressively. This situation doesn’t even require the “semi-bluff” mentioned earlier, but rather a pure bluff with air. Again, this technique requires skilled card-reading skills and should be used with caution by novices.

8. Don’t be too tight early in a Texas Hold’em tournament

Protecting your stack is important in a Texas Hold’em tournament (MTT), but you don’t need to do it early in the tournament. This is one of the most misguided aspects of tournament strategy.

Keep this in mind, in order to cash in a tournament, in most cases you will need to double or triple your starting stack (sometimes more). Defending from the start, even if you keep your stacks the same, it’s hard to get into the late game. Don’t play defense early in the game, you should play solid but aggressive poker like a cash game and build a stack deep enough to have any hope of making money.

If you find yourself close to the money (bubble stage), or close to the bonus jump, it’s time to start playing with a more survival-focused playstyle.

9. Only play when you want to

Texas Hold’em should be a fun competitive game, whether you play it as a hobby or as a professional player. You perform better when you’re in a good mood. So you should only play this physical and energy-consuming game when you are in good shape. If you feel frustrated, fatigued, or have anger growing, you should quit immediately. Doing so will most likely save you a fortune. Rest assured, Texas Hold’em is still available tomorrow.

Before signing up for a tournament, ask yourself, is it bearable to go all-in on the first hand and lose? If you can, go for it. If this ending blows your mind, then think again, maybe it’s not the right time for you to play this game.

10. Choose the right Texas Hold’em game for you

If you can’t spot the sucker in your first half hour at the table, then you are the sucker.

“If you haven’t found a fish for an hour at the poker table, you’re the fish.” That’s a classic line from Matt Damon’s movie “Rounders.” If you want to play Texas Hold’em and win, you need to play against players who are weaker than you.

Think of it this way: If you were ninth-ranked Texas Hold’em player in the world, you would be the MVP of almost every table. But if you are at the table with 8 players better than you, you become that fish.

You should always put yourself in a position where you have the best chance of winning. Texas Hold’em is a game of interest and everyone should consider it for their own benefit. If you want to have positive equity, you need to be stronger than at least half the players at the table. If you want to win a lot of money, you have to play against the worst player you can find.

A good Texas Hold’em game has the following characteristics:

If your hand contains more than 2 of these characteristics, you are in a profitable hand. If you miss one of these 3 sets, go for a more profitable hand, unless you want to challenge your skills. How to find the most profitable hands in Texas Hold’em online? Look for hands with big average pots and players with high entry rates, most Texas Hold’em platforms will have these statistics. 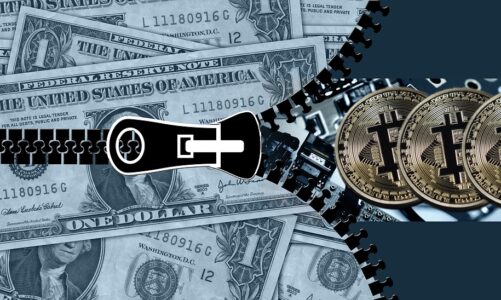 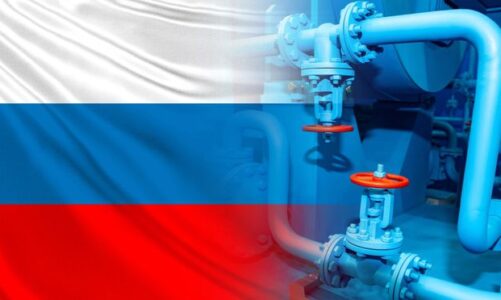