Although real interest rates are still at extremely high levels, the most important questions are as follows: 1. How much to raise interest rates? 2. How long will it stay at a high level, months or years? 3. In an unfavorable monetary policy environment, at what level will inflation fall and stabilize?

In terms of real interest rates, returns are about -5%, a negative level not seen since the 1980s and coinciding with a period of double-digit U.S. inflation. The real interest rate is an inflation-adjusted rate that reflects the borrower’s actual cost of capital and the lender’s real rate of return.

Let’s study some data and see what impact they have.

1. Fight inflation until we break a certain boundary

According to Atlandafed data, the market is predicting that interest rates will peak in early 2023 (March 2023), and from there, the Fed will not only pause rate hikes, instead, but they will also start cutting rates.

Given the current level of inflation and the 2% target, it is a bold prediction that continued lockdowns in China, as well as ongoing Russian-Ukrainian geopolitical risks, could further exacerbate supply chain pressures in the U.S. and Europe.

I firmly believe that the 2% inflation target will soon become the Fed’s fairy tale, with target inflation stabilizing at higher levels. Maybe 3%, 4% or even 5%. Therefore, in relation to the new inflation level after the fall, the neutral rate will be 50 basis points (0.50%) higher, so the minimum rate will remain at 3.5%, 4.5%, or 5.5%. This is where things get tricky, and company valuations can drop significantly.

The chart below shows the expected path of the three-month average federal funds. Interest rates start to fall next year, as indicated by the red arrows. As shown, rates are expected to peak at just under 400 basis points in March 2023 and continue to decline into 2023. Markets forecast two cuts of 25 basis points each by December 2023, bringing rates back to 350 basis points, with further declines in 2024 and 2025. If the estimates are accurate, we can speculate that there will be another 3-6 months of downward pressure and volatility for assets, tech stocks, and cryptocurrencies in general, possibly ending when the Fed makes an adjustment move (stopping rate hikes) in early 2023. Interest rates will peak in March 2023 and start to decline slowly, as indicated by the red arrow

A very important chart to note is the 70-year Fed Funds Rate. Interest rates have been falling to zero since the 1980s, meaning monetary policy favors stocks and other riskier asset classes. Lending was encouraged due to financial expansion, and when the great financial crises of the 1980s, 1990s, 2000, and 2008, and most recently in March 2020, hit the economy, the Fed rescued markets and set interest rates more and more each time. lower.

It can be noted in the chart below that after every recession since the 1980s (recessions are represented by the grey area on the graph), the Fed’s funds rate never returned to its previous highs. As the economy began to recover, interest rates saw a small spike, below their previous highs, and were cut to even lower levels once the market was in no trouble.

We can assume that the market in general has been artificially maintained over the past 4 years and has not been allowed to develop in a more neutral/natural way.

The downward sloping trend line is coming to an end and rates are starting to break out, which could mean that we’re in for a longer period, maybe years or decades. We can make an analogy to a period similar to 1955 to 1980 when interest rates were clearly on an upward trend, but today private and public debt is much higher, therefore, due to structural changes in inflation, insufficient supply, and highly inelastic demand, the pace of interest rate growth will slow significantly, but it will persist.

The net result will be headwinds for risk assets, lower valuations for growth stocks, and a tighter overall monetary environment for more cautious asset allocation choices. Existing and hard-equity companies are likely to outperform many preferred tech stocks, which in general could mean a new economic paradigm moving forward.

Add dollar performance to the above observations and you have the worst possible environment for crypto and growth stocks.

Since June 2021, the U.S. dollar index has moved parabolically, almost vertically. Further strength in the U.S. dollar could mean weakness in Bitcoin, so the crypto market, in general, could suffer. Once the regulation is clear, the only way out may be to decouple from riskier asset classes (growth stocks). When big investors finally have stablecoins, security and commodities, KYC, and the government’s stance on digital assets, they can decide whether to go in or out. Considering this is the first bear market with institutional investors and the first time cryptocurrencies have been challenged by liquidity withdrawals and tightening monetary conditions, it is unlikely that cryptocurrencies will perform as well without clear regulation and a clear framework. Tech stocks in general are any different. The vertical trend of the US dollar index since June 2021

To summarize and come to my conclusion, all markets face challenges, uncertainty remains, and a potential new economic paradigm will favor less popular incumbents and physical hard assets.

We don’t know exactly what the Fed will do next year, we don’t know how fast inflation will fall to acceptable levels, and where these will stabilize, the Fed’s actions will have to be closely watched and with monetary policy in mind Make investment decisions.

The risk-reward for cryptocurrencies is still lucrative, and those with a long-term view will be well-positioned at current prices. If someone asks me if the bottom has been reached? I would say no, not yet, but no one can predict exactly how low it can go. Based on the historically critical level at which Bitcoin bottomed, the current position is undoubtedly worth a shot, be prepared to “forget” this investment for a few years and pay off handsomely someday. 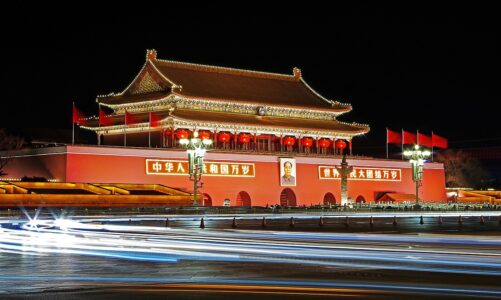